The Voice of West Virginia

Governor Jim Justice closed all the bars in Monongalia County for ten days starting at midnight last night. The move comes after a spike in Covid-19 cases, which the Governor and health officials believe is linked to the bars.

The number of positive cases in Monongalia County now makes up one-fourth of all the cases in the entire state.

“It’s a real hot spot,” Justice said of Monongalia County during his briefing yesterday, with cases among young people growing “at an alarming rate.” Statewide, just 23 percent of positive cases are in the 20-29 age group, but in Monongalia County the percentage is more than twice that.

Under the Governor’s order, restaurants with bars can still serve liquor, but the bars themselves will be closed for patrons with the hope that the infection rate begins to level off.

Health officials across the country, especially in states seeing a rise in cases, have cited taverns as common sources of the spread.

“People almost don’t want to social distance if they go to a bar,” Dr. Amesh Adalja of Johns Hopkins University Health Center told Kaiser Health News. “They’re going to be drinking alcohol, which is a social lubricant.  People will often be loud, and if they have forceful speech, that’s going to create more droplets.”

Combine those conditions with a feeling of imperviousness that often goes with youth and you have the perfect recipe for community spread.

Keep in mind Monongalia is seeing a spike even before thousands of students return to the WVU campus in a few weeks. The University is trying desperately to put in place measures that will reduce virus threat, but so much is out of the school’s control.

What happens after class and on weekends?  The University downplays its party image, but there have been plenty of instances over the years where alcohol-fueled parties get out of control.  In February 2019, Morgantown Police had to use tear gas to break up a riot involving hundreds of students after classes were canceled because of snow.

Meanwhile, there is a problem at the other end of the spectrum.  Justice showed a picture of a church service in Marion County where there was no social distancing, and no one was wearing a mask.   He again called on West Virginians to follow health advisories at church.  “It’s only the smart thing to do,” he said.

The Governor also re-imposed the 25 person limit on crowd size.  It had been raised to 100.  “We’re going the wrong way and we’ve got to get this thing turned around,” he said.

Justice is right, but there is only so much the government and health officials can do and say.  At some point people must take personal responsibility, not only for their own health, but also for the health of others they come in contact with.

The 6-foot-2, 285 pounder played in 11 games this past season at NW Mississippi CC. He racked up 27 tackles and a pair of sacks last fall.

CABELL COUNTY, W.Va. — The Cabell County Fair has been canceled because of the coronavirus pandemic.

The Cabell County Fair Board made the decision on Monday because of limitations on large gatherings.

Gov. Jim Justice issued an executive order earlier in the day limiting gatherings to 25 people as the number of coronavirus cases in West Virginia continues rising.

Plans regarding the livestock show and agriculture events have yet to be determined.

Source: WV MetroNews
Additional benefits available to people who have used other sources

CHARLESTON, W.Va. — West Virginia workers that have used all of their regular unemployment benefits and Pandemic Emergency Unemployment Compensation benefits are now allowed to apply for extended benefits.

The additional $600 in federal compensation is slated to end July 25.

The post Additional benefits available to people who have used other sources appeared first on WV MetroNews.

Looking for that perfect getaway that offers social distancing?
Look no farther than Pocahontas County, West Virginia. Nature’s Mountain Playground has all the wide open space you need to take a staycation where you feel safe getting outside and enjoying West Virginia. Here are some great ways to make the best of your 2020 summer:

The wild rhododendrons lavish the hillsides in Watoga State Park the first half of July. There is no better place to appreciate the magnificent state flower. The shrub blankets the park road and forest areas. Make a day of it visiting three state parks including A hike along the Beartown State Park board walk through huge rock formations and visit the last significant land battle of the Civil War, Droop Mountain Battlefield State Park where you can climb the lookout tower for an unending view of the Little Levels Valley.

The Highland Scenic Highway is the Monongahela National Forest’s most treasured features. This 43 mile National Scenic Byway offers stunning views of the cascading Allegheny Highlands which peak at an elevation of 4,500 feet. You’ll enjoy stunning views, gorgeous forests, and globally unique attractions. The Cranberry Mountain Nature Center, Cranberry Glades and plenty of hiking trails make this trip a must this summer and fall.

Autumn in the Allegheny’s is the perfect time for to visit Nature’s Mountain Playground. Take a drive around this 900 square mile expanse and you see the splendor of fall at Snowshoe Mountain, Cass Scenic Railroad and throughout the Monongahela National Forest. The brilliant oranges, fiery red and yellow of the sugar maples and the golden bronze of beech nestled against the evergreens create a patchwork quilt forest. We recommend visiting September 20th through October 10th for the best fall foliage in the higher elevations of the Allegheny Mountains, but call for updates as fall season arrives.

Call the Pocahontas County Convention and Visitor’s Bureau for and Adventure Guide and Fall in the Allegheny’s brochure, and more information on all these getaway ideas. 800-336-7009

The post Nature’s Mountain Playground – Where You can Social Distance Naturally appeared first on WV MetroNews.

CHARLESTON, W.Va. — The West Virginia Department of Education on Monday announced the five finalists for this year’s West Virginia Teacher of the Year Award.

Each finalist is their respective county’s teacher of the year:

This year’s award recipient will be announced in the fall during a virtual program.

The post Department of Education announces Teacher of the Year Finalists appeared first on WV MetroNews.

CHARLESTON, W.Va. — A 97th West Virginia has died in connection to the coronavirus pandemic.

The West Virginia Department of Health and Human Resources announced Monday night the death of an 85-year-old woman from Ohio County.

The department also reported Monday evening that officials have identified 4,313 cases of the coronavirus during the pandemic, in which 1,333 cases are active. White residents make up 79.5% of all cases compared to Black West Virginians making up 7.1% of cases.

Sixty-three West Virginians are hospitalized, in which 22 people are in the intensive care unit and eight people are using ventilators.

The cumulative rate of total cases over all laboratory tests is 2.04%, while the daily rate is 1.91%.

There been no confirmation from Powell’s office on the specifics but we do know there’s been an ongoing federal investigation in connection with suspicious deaths at the VA Medical Center in Clarksburg. The probe has been taken place for approximately two years.

MetroNews and various other media outlets have previously reported that investigation is focusing on one person of interest, a former nursing assistant who had access to the rooms of the veterans who died. Autopsies on exhumed bodies have pointed to insulin injections that weren’t needed. The veterans died of low blood sugar level, severe hypoglycemia, which would be caused by the insulin shots.

MetroNews has identified more than a half dozen deaths. A January report in the Washington Post said a federal grand jury was investigating at least 11 deaths. There have been no charges filed.

Powell hasn’t said much about the investigation only to confirm that it was continuing.

There have already been a number of civil lawsuits filed by families in connection with the deaths.

The news conference is set for 3 p.m. at Jackson Square Parking Pavilion in Clarksburg.

Representatives from law enforcement agencies are scheduled to join Powell at the news conference.

Gov. Jim Justice held up a picture of people worshiping at Covenant Church during Monday’s coronavirus briefing, in which attendees were pictured not wearing masks or social distancing.

“People need to understand the danger they are exposing themselves and all kinds of people beyond that setting,” Justice said of community spread. “If there’s any place on the planet we should be loving our neighbors, it’s there.”

Marion County Health Department administrator Lloyd White said it is likely someone at the service had the virus.

“It really comes down to someone knowing what to do, but then making sure that they do it,” he said.

White noted contact tracing would be a challenge to conduct accurately.

“It will still be difficult to do a follow up because who were you exposed to,” he said. “If I attended a church service with people I don’t know, I have no idea who they were.”

Justice on Monday announced restrictions limiting crowd sizes to 25 people yet noted the rule does not apply to religious gatherings and weddings.

President Donald Trump retweeted a post by former game show host Chuck Woolery claiming “everyone is lying” about the coronavirus pandemic, claiming the concerns by health officials and others are aimed at affecting this year’s presidential election.

Capito said on MetroNews “Talkline” the CDC and doctors are trustworthy sources about how to respond to the coronavirus.

“I think that the president misread the American public here. I don’t think he understands the concerns that we have with the spread,” she said.

Capito added the president is frustrated about the rise of cases and arguments against resuming activities such as in-person classes in schools nationwide.

“That’s not going to get us on the pathway to where we need to be. We’ve got all of this data that tells us how this spread is,” she said.

Fauci, the director of the National Institute of Allergy and Infectious Diseases, is facing increased pressure from White House aides after repeatedly raising concerns regarding the rising spread of cases.

“I have a reputation, as you probably have figured out, of speaking the truth at all times and not sugar-coating things. And that may be one of the reasons why I haven’t been on television very much lately,” he told the Financial Times last week.

Fauci added he has not briefed the president in at least two months.

Capito on Monday praised Fauci, noting his experience addressing viral diseases including the AIDS outbreak in the 1980s.

“I think we have to listen to somebody like Dr. Fauci,” she said. “I don’t think he has a political agenda here at all. I think he is simply a scientist and a doctor who has experience here.”

Trump told reporters Monday he has a “very good relationship” with Fauci while noting there have been disagreements between the two. 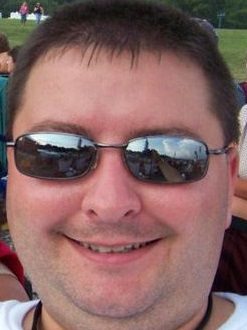