Will Shumate is a 38 year broadcast veteran from Beckley, West Virginia. Will has an extensive drive time and advertising sales background having worked both the Beckley and Charleston, West Virginia radio markets. Since age 16, Will decided radio was his chosen career path, so after high school he married his childhood sweetheart Tracey,  and set aim for his dream in radioland.

Cowboy Will is his ‘moniker’ known to thousands across the region, with his baritone yet warm and fuzzy presentation, Will comes across as a true friend on the air with genuine compassion for our area and it’s people. Pair Will with current “funnyman” Wes Fondale, currently mornings on 99.5 WJLS in Beckley, and you’ve got the best morning show on the air in southern West Virginia.

Will started at WJLS as a sophomore in high school in 1977, then went on to the top 40 station in Beckley,  103-CIR as a high school senior then later became the morning anchor/account executive in his first year of college until after their first daughter Kathy was born. Will was asked to join WTNJ in 1983 under the direction of Fred Persinger and the late A.P. “Tony” Gonzalez. While there, Will became the stations highest seller manning afternoons, pulling consistently high numbers exceeding  20 shares AQH until his departure for Charleston in 1997.

Will hosted afternoon stints for both 97.5 WQBE and WKWS 96.1 in Charleston until 2001. After 7 years as program director at WTNJ in Beckley, he  joined Classic Country 100.7 WVBD in 2008 as operations manager/sales/afternoons until September 2014, when he was asked to join WV Radio Corporation and 99.5 WJLS -FM for mornings and sales duties.

Will resides with his high school sweetheart and wife of 34 years Tracey in Bradley, West Virginia. They have two children and two grandchildren. 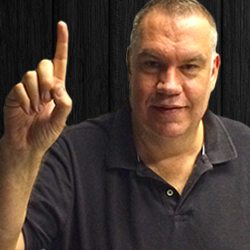